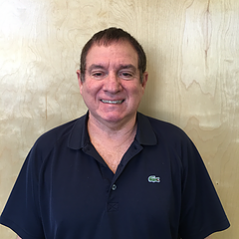 Bruce Eiber has been a Lightning Basketball coach, administrator, member of the Board of Directors and volunteer for 15 years. Growing up on Long Island, Bruce played high school basketball and college basketball in Florida. He is a graduate of Hofstra University and Hofstra University School of Law. From 1980-1983 he served as an Assistant District Attorney, Kings County, New York. He then served as Associate Counsel to the Speaker of the New York State Assembly, counsel to Assembly Standing Committees on Commerce, Industry and Economic Development (1983-1984) and Small Business (1985-1986). From 1987 till now he has served as a Community Liaison for the Council of the City of New York (29th District).

Coach Eiber and his longtime partner and now New York State Supreme Court Justice, Hon. Lee A. Mayersohn formed the The Law Firm of Eiber & Mayersohn in 1987. Since 2005 he has maintained a solo law practice primarily in the fields of Criminal Law and Wills, Trusts & Estates. He served on the Hofstra Law School adjunct faculty for Trial Techniques program for 32 years.

Eiber was previously honored as Volunteer of the Year by the Eastern Tennis Association and by the Queens Chapter of the American Red Cross.

Eiber also publishes the Eiber Report a blog published on the Island Garden web site and picked up by other sites.