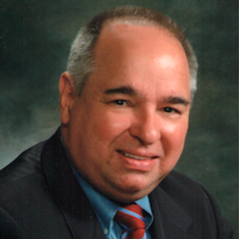 Jim served as a U.S. Probation Officer in the Eastern District of New York from 1975 to 2004, when he retired. He rose through the ranks from officer trainee to Chief of the Department from 1998 to 2004. He specialized in dealing with career criminals, organized crime figures, and sex offenders. The Eastern District of New York U.S. Probation and Parole Department was the fourth largest office in the country, which was responsible for supervising over six thousand federal offenders and preparing over ten thousand presentence reports each year.

Jim has been highly active in youth sports for the past forty-four years. He started as a basketball and baseball coach, then began running basketball programs in Queens as a college student, which continues today. His most noteworthy accomplishments have been the founding of Lightning Basketball and the Island Garden Super League. Lightning has grown under Jim’s leadership from one to two hundred seventy-five teams over the past twenty-two years and is now the most extensive AAU program in the country. The Super League began in 1994 with thirty-one teams and grew to three hundred this past winter. Jim is also one of the founders and current CEO of the Island Garden Basketball Arena in West Hempstead, New York, which opened its doors in October 1998. Presently, Island Garden hosts team leagues, tournaments, camps, and clinics year-round. The estimated annual attendance at Island Garden is two hundred and fifty thousand.

Jim serves as the Governor and District Boys’ Basketball Chair of the New York Metropolitan Amateur Athletic Union. The National AAU registration exceeds seven hundred thousand athletes and coaches involved in thirty-six sports. New York AAU has approximately twenty thousand members, of which over half are engaged in boys’ and girls’ basketball. Jim is a member of the national board of directors for AAU.

A graduate of St. Francis College, where he received a Bachelor of Arts degree in Sociology, Jim received his Master’s Degree from CUNY John Jay College of Criminal Justice. He is currently an adjunct professor at LIU Post, where he teaches courses in Sports Crime, Correctional Philosophy, Deviant Behavior, and Critical issues.